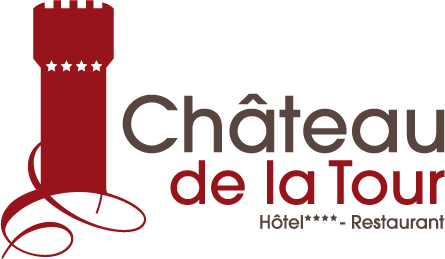 This elegant residence in the Anglo-Norman style was built by the architect Warin in the early 20th century.

It was owned by a famous family of Parisian bankers, the Fessarts, who wanted to enjoy the charm and tranquillity of this haven of greenery not far from the capital.

After being requisitioned in World War II, the property was converted into a Hotel-Restaurant in 1946.

Le Château de la Tour became one of the preferred meeting places of the Parisian smart set. This inviting setting was where Edith Piaf, Tino Rossi and Jean Gabin loved to come and spend time amongst friends.

In 1972, Roland and Jeanne Jadas bought the establishment and spend months restoring the historic place before it reopened its doors in 1974.

In 1990, at the initiative of François Jadas, the current CEO, a new building was built to allow for 26 additional rooms, bringing the accommodation capacity to 41 rooms. New reception rooms, seminar rooms, an English-style bar and heated pool were added to the facilities, all in keeping with the original style of the buildings.

Over the years, the establishment experienced substantial growth, upholding the traditional values of hospitality and maintaining the quality expected of independent French hotels.

The manor house was refubished for its hundredth anniversary !
The 15 rooms of the historic building were renovated to incorporate modern comforts, like air-conditioning and fibre optics, while retaining the famous toile de Jouy, traditional in the establishment…

In 2016, the pavilion that previously housed the former stables was renovated, allowing for the creation of six additional rooms and a belle-époque bistro able to accommodate up to 70 people.

Epicureanism and simplicity remain the baseline values of the Château de la Tour, whose motto is: ‘All who enter enjoys their time here’!

Enter your email address to receive our exclusive offers and latest deals!